Client Illinois Nurses Association represents nurses who work at the University of Illinois Hospital in Chicago.  The COVID-19 pandemic has affected nurses acutely. More than 100 nurses at the hospital contracted COVID-19 this year and two nurses died. As the year progressed, nurses grew more and more intolerant of hospital administrators who treat them like heroes on paper but disrespect them when it comes to workplace safety. Contract negotiations between the union nurses and the hospital were not productive.

On August 20th, INA nurses concluded a three-day vote on whether they would authorize a strike vote and announced their results—995 to 12 to strike—via a Zoom press event.  The vote allows the INA negotiating team to call a strike at any time, with a 10-day notice, per regulations.

Like any press event, this was promoted with a media alert but because it was held on Zoom, we were able to record the event, edit the video and embed a link to the video in a news release we issued after the press event, summarizing the issues for those who could not attend.

Zoom has several functions that make a virtual meeting run well: permission function to gain entry into the room, a chat feature that allows you to field questions in an orderly fashion and a list of attendees who attend.

To prepare for the press conference, INA members and staff held a two-hour planning meeting a week before the press event to go over messaging, which spokespeople would attend and what they would say.  A media alert with the Zoom link and password was sent to media on Wednesday and again on Thursday morning.

INA also invited key state legislators to attend the press event and two members of the Illinois Legislature were able to participate and make supportive comments. 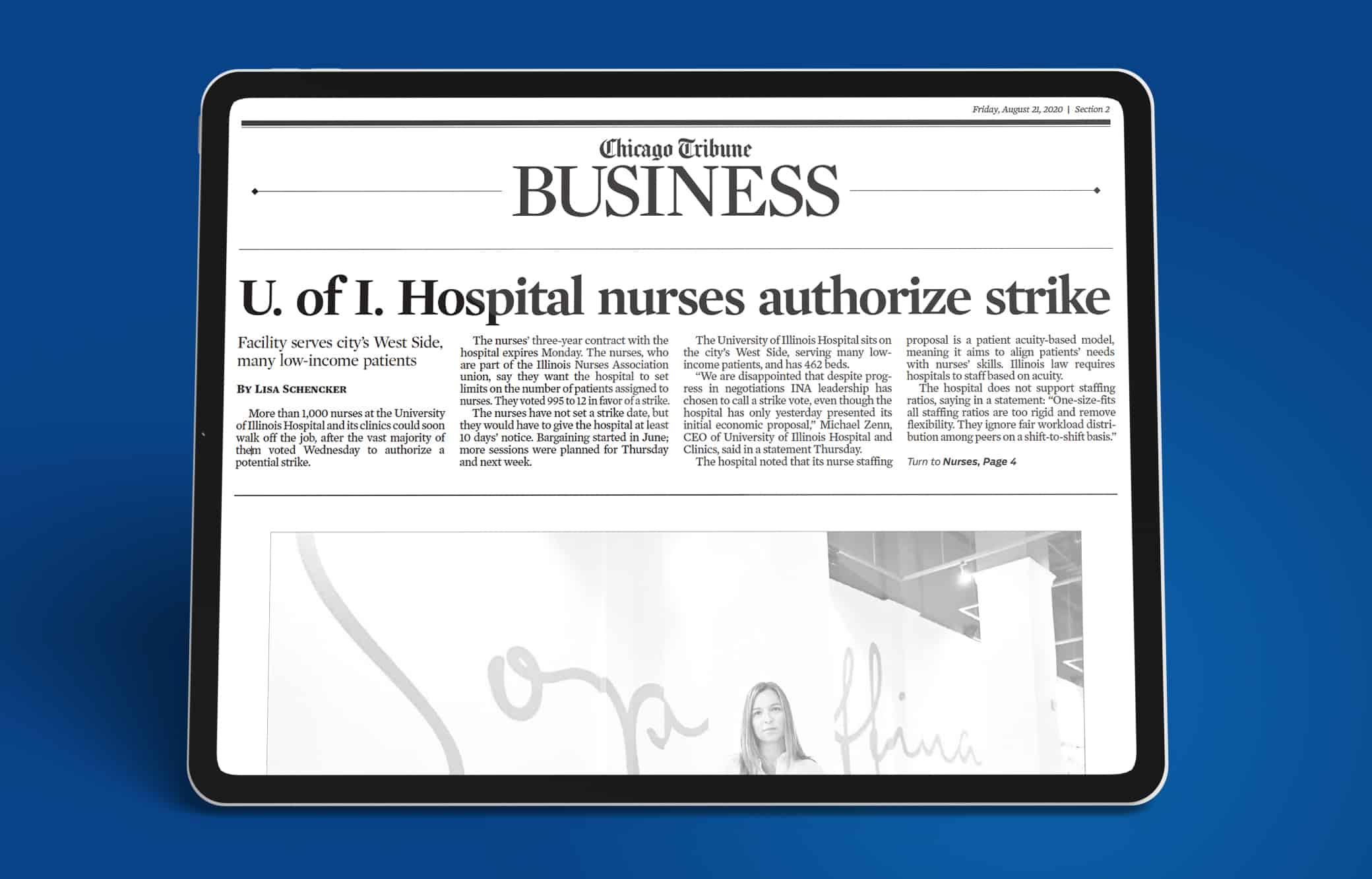 We had eight media attend the Zoom press conference, including the Chicago Tribune, Crain’s Chicago Business, WFLD-TV, and WBEZ-FM and several others who could not attend but ended up covering the event included WBBM-AM, the Chicago Sun-Times , Becker’s Hospital and Illinois Health News. See link to media coverage. Using Zoom allows us to create a recording and drop a link to the edited video into a news release that we issued after the press event.  The video totaled 79 views in one day, which was significant because only press could access the video.

With newsrooms contracting at a record pace and journalists pulled in multiple directions, the likelihood of a large number of press coverings on any event is smaller than it once was. The COVID-19 pandemic has forced us all to switch to virtual platforms. This also includes journalists, who can now cover more events in less time.

“I loved it and thought it went great. I felt like we had so much more control over the messaging than we have in the past at in person media events. No one could be unclear on what we were saying. And we had a nice variety of voices and perspectives on the issue, nurses’ stories, official updates, legislators” 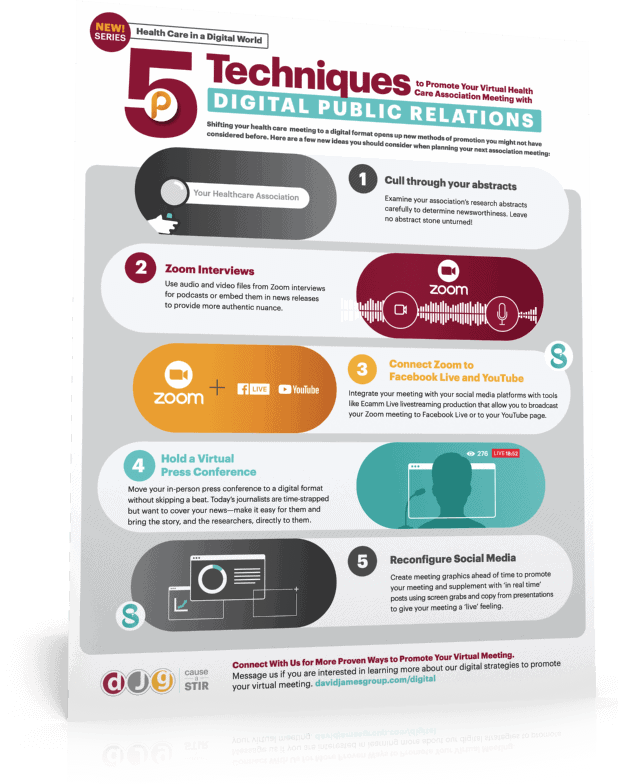 Download and share on social media or with your team this helpful infographic on our top five techniques for your virtual meeting.

PrevPreviousASAE Gold Winning IPC Membership Campaign Drives 17% Boost
We use cookies on our website to give you the most relevant experience by remembering your preferences and repeat visits. By clicking “Accept”, you consent to the use of ALL the cookies.
.
Cookie SettingsAccept
Manage consent