IPC turned to the David James Group to develop a strategically driven association membership marketing campaign that would communicate the full value of membership and all that IPC offers, add new members and increase retention. The campaign won a 2020 ASAE Gold Circle award. 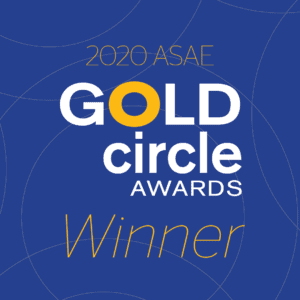 As the global electronics industry’s trade association, IPC’s certification, training, advocacy, and industry intelligence benefit thousands of member companies. But, what IPC is primarily known for is their IPC standards, which are trusted and followed worldwide in all sectors of the electronics industry. They are both IPC’s strongest brand assets and one of their biggest challenges in terms of expanding their membership. Many in the industry see IPC as “the standards people” (IPC standards are available to nonmembers) and may not be aware of the full value of an IPC membership.

IPC turned to the David James Group to develop a strategically driven association membership marketing campaign that would communicate the value of membership and all that IPC offers, add new members and increase retention. We determined that the campaign should communicate an IPC membership is key to improve the quality, reliability, and consistency of the electronics their members build and the world relies on.

To deliver the results that IPC expected, we identified the following three key strategies that guided the entire campaign:

At the conclusion of this phase of the campaign (IPC will be extending this ASAE Gold Circle winning campaign into 2020) we were able to turn in exceptional results for IPC:

Based on IPC’s budget, we estimate the campaign’s ROI at 485%.

Assuming IPC’s average retention rate and taking into account their average member tenure, IPC can expect additional revenue from dues of roughly $8MM to $14MM over the lifetime of their new members based on today’s average annual member rate of $1,350.

PrevPreviousAcoustical Society of America Rebrand and Journal Redesign
NextINA Virtual Press EventNext
We use cookies on our website to give you the most relevant experience by remembering your preferences and repeat visits. By clicking “Accept”, you consent to the use of ALL the cookies.
.
Cookie SettingsAccept
Manage consent